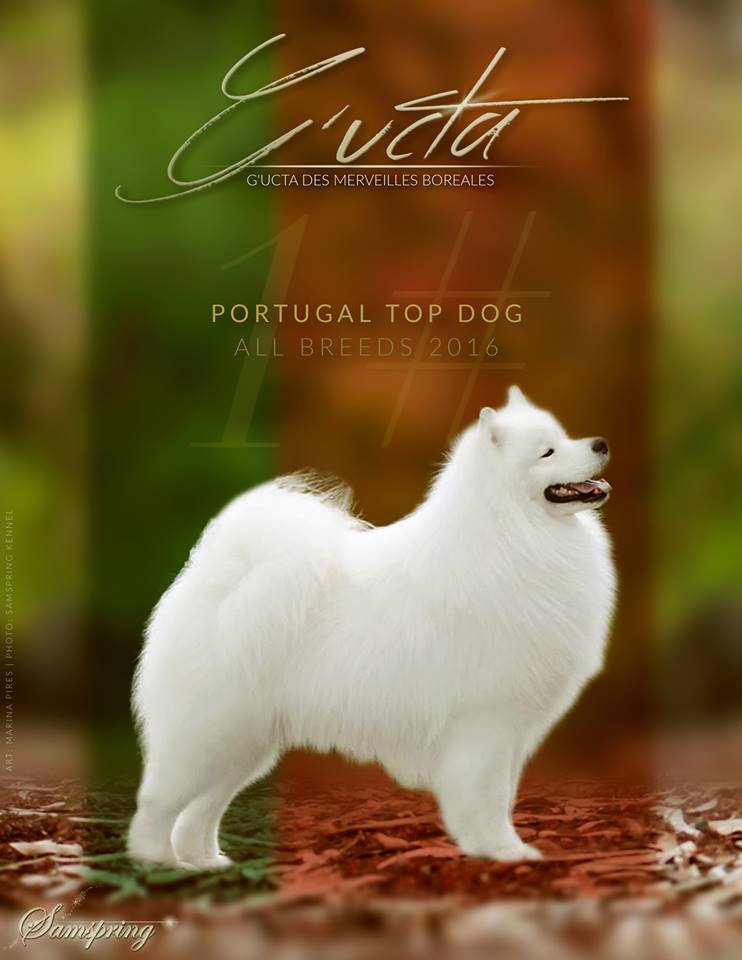 We have finished the Show Year of G’ucta!
He became TOP DOG ALL BREEDS 2016 in Portugal.

From the first dog show he made here until the last one he always was on the first place of Portuguese ranking.
But he also had success in another countries: Spain, France, Ukraine, Belgium, Gibraltar.
During 12 months with us he made 7* BIS, 6*R. BIS, 6* BIS #3, 23* BOG, 8*R.BOG, 1*BOG #3, 35*BOB, R.BISS of Nordic Breeds in Ukraine, BISS of Champions in France, Montluçon .
He Also got new titles such as Champion of Portugal, Ukraine, Spain, Gibraltar, Iberica, International Porto and Lisbon Winner.
G’ucta also was supposed to present Portugal at Eukanuba World Challenge 2017 but as it was found by rules he cannot go because he got his registration at National club in February and not in January 1st (as rules of EWC request). Second dog after G’ucta (Basset Hound) will present country and we wish good luck for his team.
This year also was successful for Charleen, she didn’t make a lot of dog shows but made them very resultative she got such new titles as Champion of Russia, Luxemburg and European Winner, Dakota and Prince became Champions of Spain.
What we can say just we are very happy and proud!
And the most important we would like to say big congratulations to breeder of G’ucta with such wonderful boy which made all of us to be proud of! Thank you very much for your trust July and Dorian Divay!
We are very grateful to all judges which gave such great results to our dogs!
And thank you to all our friends who gave to us during the year big support